See which are the greenest cities in France

There is an average of 0,11 trees per inhabitant in the largest French cities 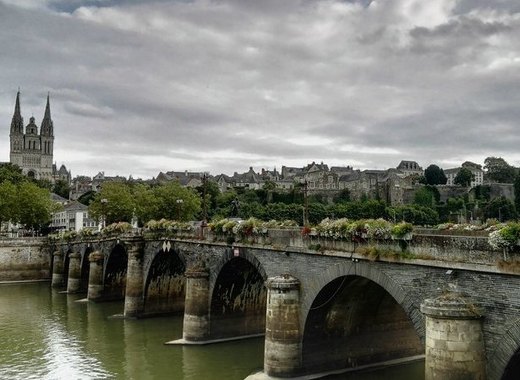 If you go to Angers, Nantes or Metz this year, you will enjoy the most wide green spaces available in France. This is what a national ranking of the greenest cities in France, presented by The National Union of Landscape Enterprises (Unep), in partnership with Hortis (responsible for nature in the city), reveals. The three greenest cities in the 2020 edition of the ranking are closely followed by Amiens and Lyon.

Champions in greenery among the biggest cities

The greenest cities in France is a ranking that encompasses the 50 largest cities all of which have been surveyed between August and October 2019. More than 1500 qualitative and quantitative data items have been analysed against 25 indicators. They have been further divided into 6 categories: green heritage, green investment, policies for preservation of the biodiversity, policies for promotion of the green heritage, management of green waste, and progress dynamic. Each city thus collects points on a 100-points scale.

Accordingly, Angers came out in the lead with 86/100, Nantes with 83,5 and Metz with 78. Angers is also winner in the green heritage category while Nantes is best in Investment, Lyon in Biodiversity, Metz in Promotion and Maintenance, and Marseille in Dynamics.

Preserving and developing green spaces – a priority for French mayors

The authors also mention several interesting phenomena: the average green space per inhabitant in the largest cities increases in comparison to the previous edition in 2017 – from 48 square kilometres to 51 and so does the average budget per inhabitant spent albeit with a smaller increase.

In total, there are 11 trees per 100 inhabitants on the average for these cities. Also, 74% of the cities included in the list are believed to deliver their promises related to revegetation.

Finally, the authors of the ranking believe that the urban green heritage preservation and its development have risen to the top political priorities for most of the major cities in France.