Self-driving bus being tested in Tallinn 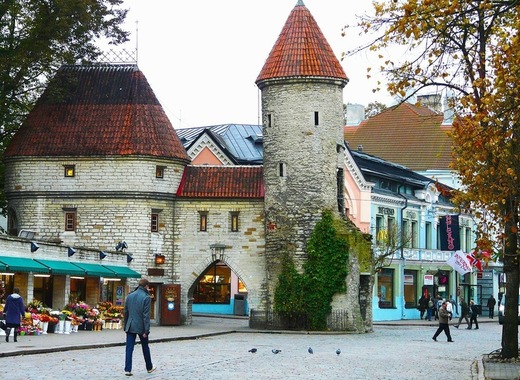 Estonia keeps expanding its vast array of high-tech services with its newest addition to the Tallinn public transport network. A small, 8-seated electric self-driving bus is currently making the rounds of the Estonian capital as part of its trial run. According to the company developing the bus, the new service will be the perfect fir for the needs of citizens of Tallinn – it’s small, very maneuverable and it compliments the already existing structure of the public transport network.

The idea for the time being is for the bus to serve as a “last mile” service – taking passengers to and from Tallinn’s centre. Its distinct advantage is that it will not be polluting and barely navigating the tight and narrow streets of residential district of the Estonian capital – instead it will be able to move freely, reaching its destinations faster, while emitting almost no noise, thus it won’t be disturbing people living in the surrounding buildings.

“We are currently testing it so it will connect the tram stop to Kumu. If we have areas where we would like to increase the availability of good and fast public transport, we can do that with such buses without having to build a new tram again.”, according to Pirko Konsa, spokesman of the developing company.