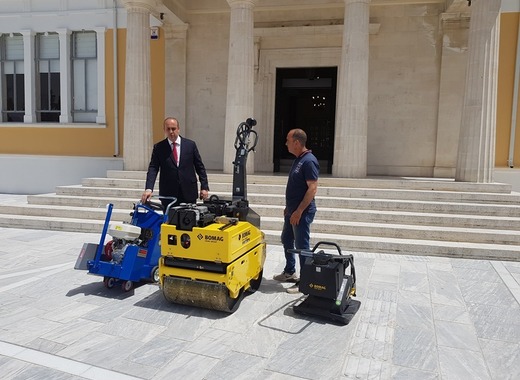 Paphos is trying to resolve the problem with the numerous dangerous potholes on the roads very quickly, by using social media and by getting people involved, announced the municipality. All residents are invited to send photos of potholes that they know of, with the exact address either to the municipality's inbox or to its Facebook page. They will then be added to a list and authorities will send the municipal team to fix and close the holes. The list of potholes that need fixing will be ranked by priority - by their impact on traffic and the potential dangers they're creating, as well as by their location.

The idea was pitched by the mayor of Paphos, Phedonas Phedonos. The initiative is part of his wider plan to upgrade and improve Paphos for both residents and visitors. The specialist equipment needed to the initiative was already delivered. The municipality has received three new machines of a total value of 17,550 euros. The equipment includes an asphalt/concrete cutting machine, a hand-operated ground compactor and a 650mm wide cylinder. The machines will ensure that the holes will be fixed quickly.