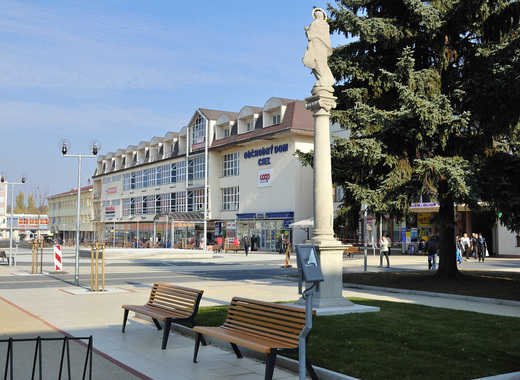 The disinfection of public spaces has become an important part of everyday life for all local administrations across Europe. The importance of keeping venues and gathering spots clean and safe for all citizens can not be underestimated, which is why towns and cities have been exploring different ways of making the task better, easier and more efficient.

In that regard, earlier last week, the Slovak town of Senica announced that it had successfully procured a tool that can disinfect public spaces without harming the environment and without using any chemicals that might prove dangerous and might impact the local administration’s climate ambitions.

Instead of the chemicals that are traditionally used for disinfection, the tool being used in Senica instead employs highly pressurized water and steam in order to remove any and all dangerous substances from the surfaces of public spaces. The tool can also serve alternative purposes – not just the cleaning of sidewalks and parks, but it can also remove weeds from the city’s gardens and green spaces.

"We will use the device for ecological disinfection and cleaning of children's playgrounds next week. The possibilities of its use outdoors are wide, from the current disinfection of playgrounds, benches, bus stops, paving to ecological weed control in the city," commented the Mayor of Senica Martin. Džačovský upon the device’s unveiling.

The municipality made the purchase of the tool for a total of 20 000 euros, half of which it expects to be covered by the coffers of the Trnava self-governing region – meaning that Senica’s taxpayers only paid about 10,000 euros for the purchase.

By employing new and greener approaches to all facets of daily life, cities and municipalities across Europe are successfully working towards achieving their environmental goals – thereby making life better and healthier for their constituents.