Seville Breathes will be launched by the city council In 2020 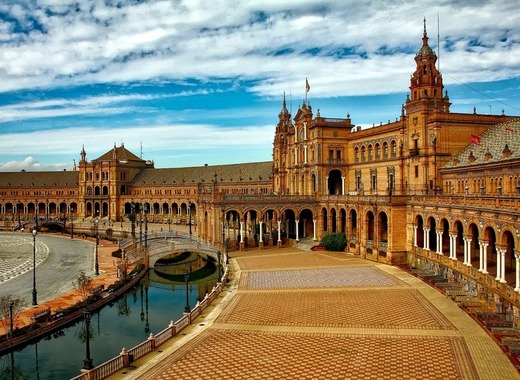 The local government of Seville has reached an agreement with the Adelante Sevilla group for the 2020 Budget. This will make possible the development of the strategic Plan Seville 2030 that will bring the city closer to the United Nations Sustainable Development Goals (SDGs) and the Green New Deal promoted by the European Union.

The mayor of Seville, Juan Espadas, clarified last week the content of the agreement. It foresees an initial expenditure of 60 million euros and the Seville Breathes Plan (Respira Sevilla) to be launched in the 2020-2021 period. The plan aims to generate healthier, more habitable areas with limited circulation of private vehicles. Its purpose is to reduce carbon dioxide emissions into the atmosphere, fight against climate change, recover spaces for pedestrians, boost public transport and promote mobility on foot, by bicycle and using electric cars.

The first central axis of the agreement revolves around the zones of social transformation of Seville. A reinforcement of the different lines of social intervention, socio-labour insertion, cultural action or dynamization and citizen's participation in disadvantaged areas is previewed.

The second central axis concerns a “comprehensive” strategy to combat climate change and build a more liveable, healthy and sustainable city. Its main measure will be the implementation of Sevilla Breaths, with which the city will adhere to the legal obligations to limit the use of private vehicles in locations with more than 50,000 inhabitants and to the indications of the European Green Deal, one of the six priorities of the future Commission of Ursula von der Leyen.

Juan Espadas has detailed that joint work will be undertaken to improve public transport and connections with the different neighbourhoods. The goal is to agree on expansion of the Metrocentro.

Furthermore, with the objective of fighting climate change and contributing to a more liveable city, a geographical extension of the so-called Zones 30 (speed limit of 30 kilometers per hour) is previewed. The Old Town has already declared Zone 30 (pedestrian and bicycle priority over vehicles) and Zone 20 ( absolute pedestrian priority). Along with these limitations, the creation of more green lungs in the city through parks and gardens is expected. It is also proposed to improve bioclimatic conditions and energy efficiency in schools.

And the third central axis, housing policies, focuses on the development of the Municipal Housing Plan. A commitment will be made to prioritize rental housing in the capital, to create measures to reduce the rise in rental prices and to respond to existing social demands with the promotion of new public flats and the reduction of empty private apartments. In this context, the agreed document proposes to promote housing cooperatives and prepare a reference price index for rentals.

Coexistence between tourists and locals

It is also proposed to move forward in a joint regulation of housing with tourist use, limiting its activity within the framework of the legislation, reducing the pressure on certain neighbourhoods in the city and encouraging coexistence between neighbours and tourists.

Equality and fight against sexist violence, reinforcement of cultural activity in the city's neighbourhoods, construction of recreational pools, regulation of tourist buses, a fair tourism stamp, a microcredit policy or increased attention to homeless people are other issues included in the agreement.