It is financed by EU Cohesion Funds and Vilnius City 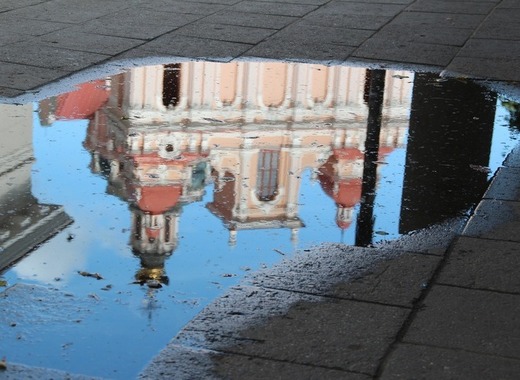 Flooding during storms and the resulting treatment of surface storm water is a serious problem in parts of the Lithuanian capital Vilnius. Torrential rain flows, which are becoming more frequent due to global warming, disrupt street traffic, flood trading and storage areas, and nibble at the foundations of roads and sidewalks.

Hopefully, these grievances will be remedied by an infrastructure project launched in Žirmūnai neighbourhood. It envisages construction of new treatment facilities and reconstruction of the emergency sewerage system serving the Northern Township and Žirmūnai, Vilnius City has announced.

The total length of the networks being reconstructed is more than 2600 meters. By increasing the permeability of the networks, stormwater will be collected and purified, and discharged into the Neris River.

Following recommendations by a public commission for the preservation of greenery, the pipeline route was extended by 72 meters, saving 100 trees or double the projected number. Additional 129 trees (64 maples and 65 red oaks) will be planted on Kareivių Street on the slope of a bicycle path to compensate for 11 trees felled when clearing ground for the new collector.

The reconstruction of the Sewerage - Žirmūnų Streets is part of a project of regional importance "Management of Surface Sewage Systems in Vilnius City", financed by EU Cohesion Funds, Vilnius Municipality and Vilnius City Grinda management company. The value of the project contract is around EUR 5.9 million.

Its implementation is administered by the Environmental Project Management Agency of the Ministry of Environment. The project is scheduled to be completed in August 2021.