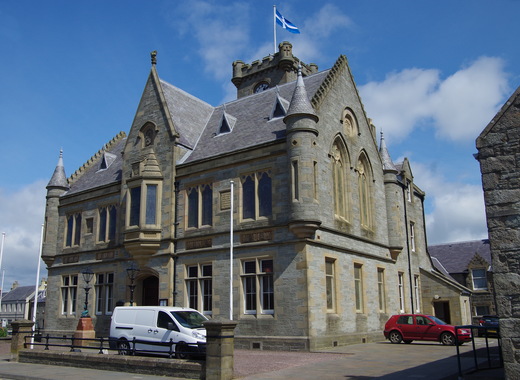 Local authorities in Scotland’s Shetland Islands have voted in favour of exploring options for declaring independence from the mainland. According to officials from the Shetland Islands Council, islanders will find far better opportunities on their own, compared to what is currently on offer from central authorities.

Separation from the separatists

The Shetland Islands Council approved the motion for the exploring of options for independence almost unanimously – with 18 votes in favour to 2 against. According to local officials, the status quo is simply not working, claiming that central Scottish authorities feel remote to islands and that cuts imposed by them have been especially hard felt on the Islands.

Feelings at the Town Hall appear to be widely shared by all members of the local government as they state that the current situation is not only untenable but also dangerous for the prosperity and quality of life on the Shetland Isles. Councillors lay the blame on the centralized decision making of the Scottish National Party (the party campaigning for Scotland’s independence from the United Kingdom) and on the fact that devolution has had no effect on the Islands’ community.

One of the most likely options to be explored by the Shetland Islands Council is for them to turn into a Crown Dependency – much like the Isle of Man or Jersey. Meanwhile, outright independence and self-governance as an independent nation remain unlikely.

With the Council vote now behind them, local officials will proceed with beginning talks with both the UK and Scottish governments in order to begin exploring options for the Shetland Islands’ self-determination.

Shetland Islands Council leader Steven Coutts expressed his hopes that the two governments will recognize not only the many challenges that islanders face but also the myriad of opportunities that independence could bring.