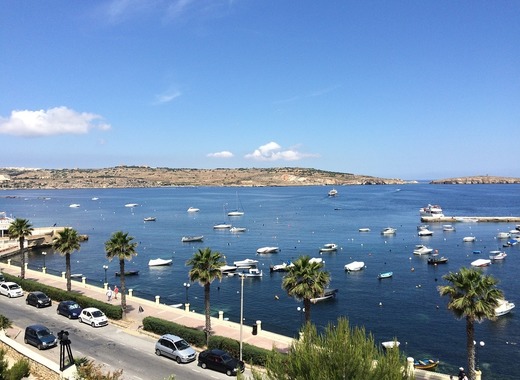 Large areas of Malta’s road network have been improved thanks to the project, which was run by Transport Malta and partly funded by the EU’s Cohesion Fund. This includes the Coast Road, a 7.3 kilometre stretch of road that is part of a major European Union transport corridor, known as the TransEuropean Network for Transport (TEN-T). The road has been widened and road alignments have been made to improve road safety. The road, which was previously associated with fatal and grievous accidents, was upgraded to a two-lane dual carriage way with physical separation between traffic travelling in each direction. The new road has made it easier to reach the northern side of Malta from the centre of the island and has reduced journey times.

Malta Public Transport, which is a private company, operates a regular bus service in the area, including eight routes on the Coast Road. Surveys conducted by Transport Malta show that road users and road operators are pleased with the improvements. In addition, continuous footpaths along  the Coast Road have been created and priority junctions with secondary roads, primarily the Kennedy Grove junction, were also upgraded. The improvements are giving the island’s tourism industry a boost and are also expected to reduce costs for transport operators.