Six cities competing to be the 2018 European Capital of Innovation 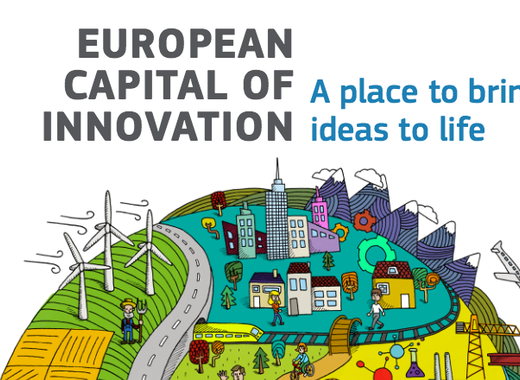 The European Capital of Innovation Award recognizes and advances innovation in European cities. The winner will be announced at the Web summit in Lisbon on 6 November by Carlos Moedas, Commissioner for Research, Science and Innovation. The European city demonstrating best its ability to harness innovation and to improve the lives of its citizens will win the title iCapital and a cash prize of 1 million Euros.

Aarhus (Denmark): the Danish city is a pioneer of smart city technologies such as using cutting-edge sensor technology to tackle peak traffic and reduce fuel consumption. It has a long tradition of open data, accessible and usable by everyone, and it has made engagement a policy matter. With almost 2700 active volunteering clubs, this is a place where every other citizen volunteers. All city departments have resources dedicated to foster dialogue and contact with citizens, and make the most out of such civic spirit.

Hamburg (Germany): An economic and innovation powerhouse, the German city is running for the crown of innovation capital by linking science, business and governance, and putting them to work on solving societal challenges. To name but a few examples, Hamburg’s university and climate clusters are helping scientists predict and mitigate climate change, the city hosts Europe’s biggest district for car sharing and electro-mobility, and it organises a workshop fostering 6200 citizen contributions and urban dialogues.

Leuven (Belgium): Hosting one of Europe's oldest and most prestigious universities, Leuven is working hard to transfer its wealth of knowledge and talent to all corners of society through collaborative governance. Leuven MidGate, a network organisation, stimulates cross-pollination and closer ties between its members. Leuven 2030 brings together 100 organisations and private members committed to climate-oriented measures that will make the city carbon neutral by the end of the next decade.

Toulouse (France): The strategy of ‘Open Metropolis’ involves citizens as innovation players and mobilises them to back innovation processes (they were even consulted about the city’s application to become European Capital of Innovation). The Laboratory of Usages is one of the locations bringing together start-ups, citizens, business and administration to propose and experiment ideas, such as the "artificially intelligent" chatbot Violette, who assists citizens in public administration matters 24/7.

Umeå (Sweden): This tiny city in North East Sweden become a leader in urban innovation by harbouring great ambitions for its citizens whilst remaining truthful to its values of community, inclusiveness, creativity and gender equality. The merits of Umeå, which is working to increase its population size by more than a half by 2050, go from hosting world-class universities to testing new methods of engaging citizens, as for example asking them to paintball buildings as a way of expressing their preferences during their renovation.