The cities in question are Ljubljana, Lendava, Ptuj, Kranj, Nova Gorica and Piran 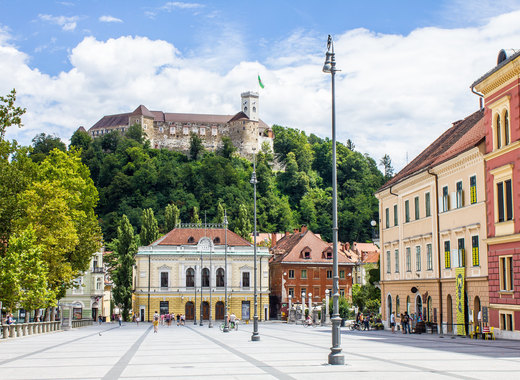 Last week the Slovenian Ministry of Culture announced that six towns have submitted their bids for the European Capital of Culture competition for 2025. The cities are the capital of Ljubljana, Lendava, Ptuj, Kranj, Nova Gorica and Piran. Each and every one of them has provided an intricate set of proposals and are already preparing their ambitious cultural projects.

The case of Ljubljana

In its bid for Capital of Culture, Ljubljana is backed by 35 surrounding municipalities. The Slovenian capital has three main goals for its cultural programme – to raise citizen satisfaction with the local cultural programme to at the very least 90%, to build and create a new cultural identity for the whole region and for the city to be listed among the most creative cities in 2026.

The cost of the bid is estimated at 63 million euros, with related investments amounting to another 121 million. According to the mayor of Ljubljana, all projects that are currently in development will be implemented regardless of whether the city is chosen to hold the title of European Capital of Culture.

The case of Lendava

Lendava is the smallest municipality to enter the fray. In order to compensate for its relatively smaller size, the city has gotten more creative. Its cultural programme will be carried out in four countries and eight regions – among them Croatia, Austria and Hungary, with the aid of Slovenians living in the respective regions.

The case of Nova Gorica

Nova Gorica is also aiming to go international. Its bid was developed jointly with its Italian neighbour just beyond the border – its twin city Gorizia. The administrations of the two municipalities see the European Capital of Culture bid as the perfect opportunity to further develop their close partnership.

Piran will also be collaborating with several Italian and Croatian municipalities in order to deliver on its projects called Pirano 4 Istria 2025.

Meanwhile, Ptuj has been backed by 20 other neighbouring municipalities. Its project aims not only to improve the city’s outlook but to also promote the local cultural heritage and to serve as the perfect opportunity to unite the community.

And finally, Kranj’s pitch puts a special emphasis on regional cooperation, aiming to establish a direct link between urban and rural communities in the area.

Cities in both Germany and Slovenia are gearing up to for the fierce competition, as the two countries will be the ones holding the European Capital of Culture for 2025.