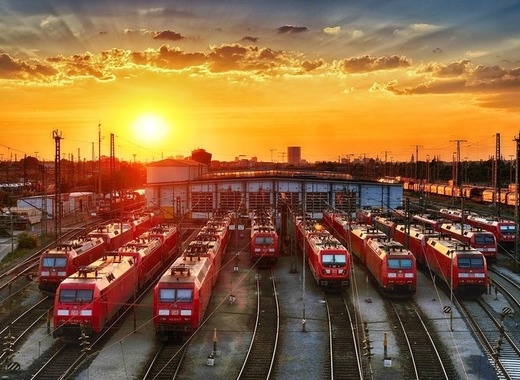 The state-owned Slovakian national railway company ZSSK is moving to make the service more popular and approachable for citizens. In a bid to promote the use of alternative methods of transportation, improving the quality of the service should prove instrumental in influencing the overall attitudes of the citizens travelling in Slovakia.

To achieve its goals of promoting the use of railways, ZSSK is introducing a slate of measures that are meant to make the service more attractive for users.

New changes to improve the service

Among the improvements to the service, ZSSK envisions upgrading the catering services of its trains. Thus, it is trialling a new type of cuisine on offer in its restaurant carriages, made up of many different international dishes – including traditional English breakfast, hotdogs and sushi. These new additions are currently being trialled on the Kosice – Vienna line that travels through Bratislava.

One of the more persistent issues plaguing the Slovakian railways has been the lack of security on the trains travelling at night. To remedy the issue, ZSSK has decided to hire guards who will be protecting passengers on their night trips. The guards have been deployed to four lines (R 614 Zemplín, R 615 Zemplín, R 800 Poľana and R 801 Poľana) and are tasked with dealing with drunk and disorderly travellers and persons who have not purchased the appropriate tickets.

The final and perhaps the most important change is the upgrade of the ZSSK website. Following its complete makeover, users of the railway service will be able to check up on the schedules and keep track of the locations of trains and delays to their operation in real-time, thus significantly improving the conditions for passengers.

These massive upgrades should come as no surprise, as railway transport services are steadily becoming a much more attractive alternative for Europeans as regions and countries throughout the continent are eagerly promoting their use as a viable alternative to personal cars.