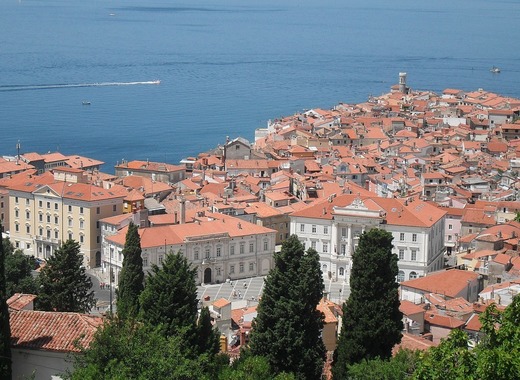 Upon the outbreak of COVID-19 Slovenia, much like most other European countries, introduced a number of measures aimed at containing the virus by limiting the freedom of movement of its citizens.

For the most part and in most states, such measures have borne fruit – infection rates have been steadily falling and thus mortality, as well as the strain on the healthcare systems, have been substantially reduced. The improvement of such figures has allowed some countries to already begin lifting many of the most restrictive measures that they had deployed in order to limit the spread of coronavirus.

The government of Slovenia has also begun cautiously following in the footsteps of Austria and Denmark with the adoption of a number of changes to how the ongoing lockdown will be carried out in the near future.

First up are changes to inter-municipal travel. So far, travelling between the municipalities of Slovenia was discouraged and strictly regulated – in an effort to curb the spread of the disease. But with figures rapidly improving, Slovenian authorities have decided on moving ahead with slowly opening up the municipal borders of the country, thus allowing economic activity to again begin flowing.

Furthermore, the other main change announced by the government was the suspension of the mandatory rule of wearing gloves in closed establishments. Citizens of Slovenia will no longer have to stock up on such supplies as they have been supplemented by a new rule – mandatory hand disinfection upon entry in shops, pharmacies and other similar closed-off venues. The disinfectants are meant to be provided by the owners of said establishments and everyone who enters must be subjected to mandatory clean-up.

By relaxing some rules and most importantly the ones concerning the country’s municipalities, Slovenia is slowly gearing up to begin its official journey back to normalcy.