Slovenia regions – back to the past 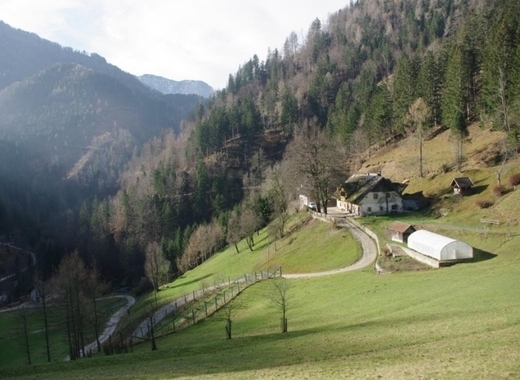 In the last decade or so, it became ever more evident for the European Union and its institutions that it is the regions that are of importance. The future of the Union lies in its strong regions – within or without the national borders.

Remote areas, cross border regions, and small rural settlements are significant for many reasons and sustainability and innovations are only part of them.

The region of Gorenjska is a mountainous one, in the northern part of Slovenia. It boasts traditions and culture that date back centuries and have specific folklore and customs.

It is, therefore, no wonder, that exactly in this area a very interesting project was co-financed under the European Agricultural Fund for Rural Development, national and regional budgets. It has been implemented by Janez Smrtnik Farm and its main objective is to develop an organic animal farm using indigenous breeds.

Animal Farming High in the Alps

Due to the area's particularities, the farm is located high in the mountains. The main objective of the promoter was to create a farm that not only fulfils its main purpose of making a living but also contributes to the sustainable development of the region and the protection of the cultural heritage of this beautiful area. The results, however, go even further. The protection of the endangered local species of farm animals and biodiversity are sufficient reasons to call this project successful.

The animals that are mainly being bred on the farm are sheep, goats, cattle, chickens, and pigs. Although the farm is a family business, it has hired one external person and has the potential to create more jobs in the future.

Since the beginning of the project in 2014, the sales of meat have increased by more than 10% and are expected to go up by the end of 2020.

The sustainability goals of the European Union have influenced even some of its most remote parts and Janez Smrtnik's farm is living proof of this fact. Every day, more and more successful projects are undertaken in different small regions of the Union testifying to the fact that Europe of the Regions is really happening.