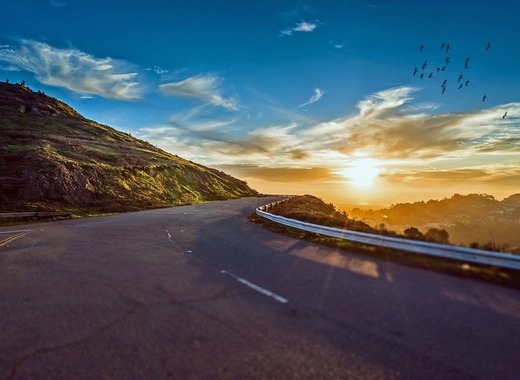 It’s been decades since the citizens of two of the most demographically endangered towns in Slovenia have been requesting a road connection. Ambrus and Žvirče finally got their wish with the asphalt road being inaugurated last week at an official ceremony attended by many local mayors.

Construction efforts took 5 years – starting in 2014 and finishing only recently. The total value of the investment by the municipalities was 1.5 million euros. Work was divided into three phases. Work on the first phase was done by 2015, on the 2nd by 2017 and the finishing touches were put in 2019. Additionally, the road that was already there was renovated, upgraded and expanded with traffic lights being put up as well as a protective fence, surrounding the road.

The completion of this 5-kilometer-long stretch is also a boon to the city of Kočevje. Commuters, traveling from there to the capital have been consistently getting stuck in traffic jams, preventing them from getting to work on time. The construction of this road will help Kočevje citizens significantly, according to the mayor of Žužemberk, Jože Papež. This is only one of the many other projects aiming to help boost connectivity in the region. Other include the building of bridges, the establishment of roundabouts and other kinds of roads in Žužemberk and Ivančna Gorica.