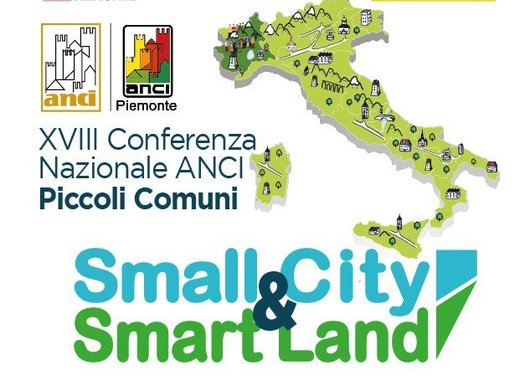 "We need to start from the bottom to create a synergy between small and large realities" says Massimo Castelli, mayor of Cerignale and national coordinator Anci of the small municipalities. This is why the title of the XVIII National Anci Conference to be held in Viverone tomorrow, Friday 13 July is 'Small City & Smart Land'. An event that brings together the mayors of small towns, a historic turning point that introduces the new concept of small municipality in national legislation, and highlights that a correct demographic balance on the territory is a matter of national interest.

Creating a system between rural and urban areas will be the leitmotif of "Small City & Smart Land". In the works, opened by the president of Anci Piemonte, Alberto Avetta, will participate the President of the Piedmont Region Sergio Chiamparino, Deputy Minister for the Economy and Finance Massimo Garavaglia, numerous mayors and local administrators of small centers, the deputy vice-president of Anci Roberto Pella. The first part of the day will be closed by the Deputy Minister for the Economy and Finance Laura Castelli and by the President of the National Council Anci Enzo Bianco. In the afternoon session they will talk about the EU policies for the internal areas.