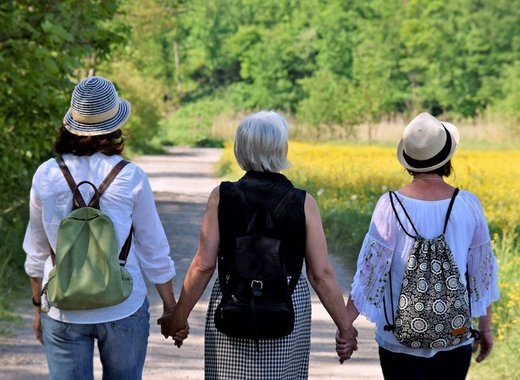 One of the main goals of the European Union that have become part of its overall policy and strategies is cohesion. There are three types – economic, territorial and social cohesion and the three of them should go hand in hand and are equally important.

Social cohesion includes a few elements the most important of which is the well-being of the constituent members of society – be it the community that make up an entire country, or a region, neighbourhood, etc. It serves as a basis for building trust and a better living environment, the creation of a sense of belonging and to fight one of the problems of our contemporary world social exclusion and marginalization.

This region of Germany presents some good examples of how social cohesion supported by public authorities can make a difference for people. According to results from the last research made on the matter for 2019, the region is strong and stable with much better results than the previous research conducted in 2017.

It was carried through by Bertelsmann Foundation and funded by the Ministry of Social Affairs and Integration. It had three dimensions, namely:

The main conclusions that the Bertelsmann Foundation has made include the following:

The future of social cohesion in this particular German region lies within:

For the period 2014-2020, the European Social Fund has allocated more than 7 of the total 19 million euros for social cohesion policy in Germany. Areas for financing include research and innovation, competitiveness and labour market, social inclusion, education, etc. Success stories are visible throughout Germany with some prominent examples in Berlin, Potsdam, Koblenz, Hessen, etc.