A municipal report finds a double increase in overnight stays, 2/3 of them by foreigners 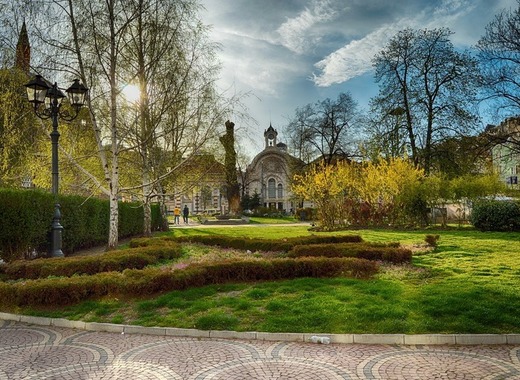 The low prices of food and accommodation, the influx of low-cost airlines and the rich cultural and historical heritage have made Sofia a desirable destination not only for weekend tourism. The attractiveness of the Bulgarian capital remains high this year, too, as evidenced by the new annual Sofia Tourism and Air Transport Market Report 2019, compiled by the Sofia Investment Agency.

The data is more than encouraging - the number of overnight accommodation reported in Sofia has more than doubled for the period 2010 – 2018; from 1 120 755 to 2 488 490 overnight stays per year. The number of foreigners arriving is constantly on the rise, accounting for about 2/3 of all nights spent.

Holiday tourism visits in Sofia have about 40% share, 40% is business tourism and about 16% is congress tourism, according to the report.

Commenting on the report’s findings to the Bulgarian National Radio, Vladimir Danailov, the agency's CEO, stressed that Sofia is becoming a more recognizable tourist destination among European capitals and major cities. Sofia is also emerging as one of the safest cities for tourists in the world, he added, citing benchmarking reports.

Investment in infrastructure and tourist attractions  paying off

Among the factors drawing more tourists to Sofia, he highlighted the city’s good connectivity (50 new destinations in the last four years), increased number of tourist attractions,  new bilingual tourist orientation system, improved infrastructure that makes the tourist landmarks more accessible. Sofia is one of the few capitals where you can take the metro directly from Terminal 2 at the airport to the city center, Danailov pointed out.

However, the Executive Director predicted an inevitable rise in the prices of tourist services, although their relative cheapness is exactly what makes Sofia so attractive to tourists. He believes this will be due to the emergence of five new five-star hotels by 2021, which will push prices up.

But even if this forecast is to come true, foreign talk will prevail over Bulgarian speech on the downtown Vitosha pedestrian street, lined with boutiques and eating establishments.