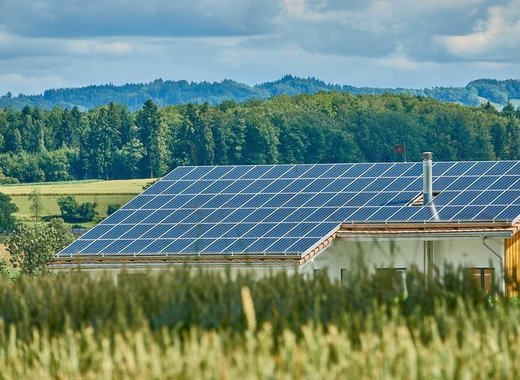 An important agreement promising to take Spain forward on the road to sustainable development has been signed in Madrid. It guarantees European Union funding of 26 million euros for the Solar Storm 200 project. The amount given by the European Investment Bank (EIB) will go towards the building of new photovoltaic power plants in Andalusia, the Valencia Region, Murcia and Extremadura.

The agreement between the EIB and Spanish multinational IM2 Energía Solar was signed during the COP25 climate summit in Madrid by IB Vice-President Emma Navarro and IM2 Energía Solar CEO Enrique Selva. Accordingly, it aims to help meet the EU's climate objectives and is backed by the European Fund for Strategic Investments (EFSI), the main pillar of the Investment Plan for Europe (also known as the Juncker Plan).

It previews the construction of 15 solar power plants with a total capacity of 218 MW dispersed around four Spanish autonomous communities. The expected environmental benefits from this sustainable form of electricity generation amount to 116 000 tonnes of CO2 a year saved. As for the social aspects, they include a temporary job occupation of 400 persons in construction activities and the creation of 20 permanent jobs.

The action contributes to the EIB’s objective to consolidate its position as the climate bank of the EU and to its new energy lending policy: an objective to be backed by no fewer than 1 trillion euros in climate and environmental investment over the next decade (2021 to 2030).

As the European Commission explains, the operation has an innovative character and will make the EIB an equity partner in the Solar Storm 200 project. This European investment is the first of its kind in a platform for developing renewable energy projects. As for IM2, the development and construction part of the plants is a flagship project through which they will demonstrate their experience in the photovoltaic sector both at home and abroad. Apart from the EIB investment, the project seeks additional funding from the commercial banking sector.