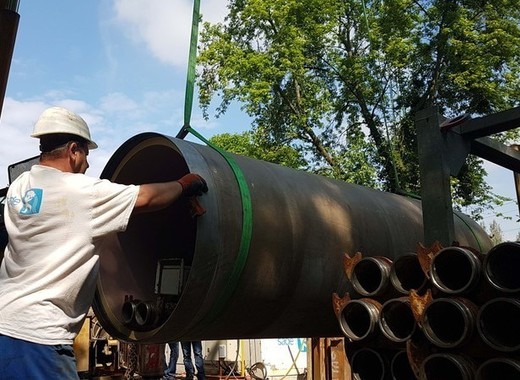 European funding has helped the Hungarian city of Kaposvár tackle the challenge of rainwater drainage. Previously in the city centre on the Buda Nagy Antal Street, the falling rainwater used to be funneled into the Kapos river by just three closed channels. The latter overpassed under degraded railway tracks crossing the river and were not enough to deal with increased water levels. As a result, this has led to more than a few accidents and hazards resulting from flooding.

Accordingly, with a recent project, the Municipality of Kaposvár set out to fix the issue as the overpass channel has been replaced by one with a larger diameter. A fourth channel with a larger diameter was built with reinforced concrete. With four channels under the rails sudden abundant rainfall should no longer represent an issue and will make it so that rain does not cause damage to the rails, as it was the case before.

The solution to the existing problem is seen as the basic precondition for launching an urban development investment, such as the development of the Kaposvár Transport Center (utilization of freed areas, bus station, station building), the NOSTRA area, the renovation of the Csiky Gergely Theatre and the reconstruction of green areas (renewal of parks, streets).

The project "Construction and renovation of Kaposvár rainwater drainage networks in Budai Nagy Antal street" is worth 206 million HUF. It is implemented in the framework of the Széchenyi 2020 program with the support of the European Union and co-financed by the European Regional Development Fund.