Some of the best orchestras in the world perform at Music Festival Berlin! Don’t miss it! 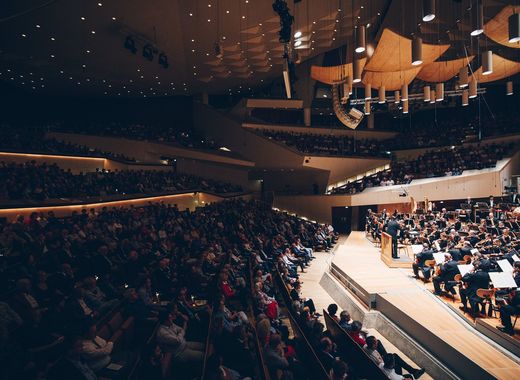 The Musikfest marks the beginning of the concert season in Berlin. During the festival, some of the best orchestras in the world perform in concert halls all over the city. The festival not only attracts hundreds of musicians but also thousands of fans of classical music from all over the world.

Over the course of the 19 festival days, almost 27 events featuring over 80 works by 40 composers, 20 orchestras, instrumental and vocal ensembles and countless soloists perform at the Philharmonie, Pierre Boulez Saal, the Großer Sendesaal of Rundfunk Berlin-Brandenburg and the Konzerthaus. Among them are national as well as international formations like the Rundfunk-Sinfonieorchester Berlin, Berliner Philharmoniker, Rotterdam Philharmonic Orchestra, Royal Concertgebouw Orchestra Amsterdam, Boston Symphony Orchestra, and the Orchestra of the Lucerne Festival Academy.