Spend a night in Karosta Prison, a hotel experience you will never forget

Europe’s only military prison open to tourists is in Liepāja 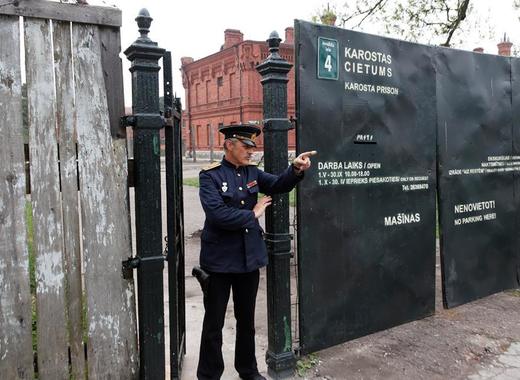 The building of the Karosta Prison was constructed around 1900, and it served as a prison for military personnel. The Karosta Prison has been recognised as one of the most surprising and unusual hotels in the world. It offers to its guests different type of experiences – visiting the cells, participating in a show based on actual stories from the life the Karosta Military Prison, lunch at the prison canteen and the cherry on the top - the possibility to take the role of an inmate as part of the “Extreme Night” show and spend the night in the prison cell.

From its very beginning, this place has been a grim place designed to break people’s lives and suppress free spirit. Various inexplicable phenomena have been observed in the prison: loud steps, electric bulbs unscrewing themselves, locked cells opening, apparitions showing up in the corridors. The “Ghost Hunters International” team of professionals with the most up-to-date equipment has tried to find ghosts at the Karosta Prison, concluding that it is one of the most ghost-infested locations in the world.