The flats that will be built in the area will go towards meeting the needs of young families, young researchers and the families of war veterans 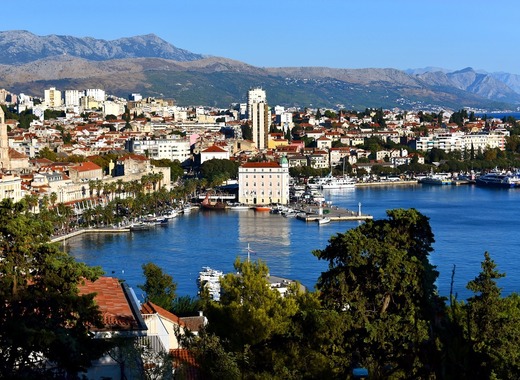 The Croatian city of Split is steadily approaching the final stages of planning of one of its most important and high-profile projects – namely the redevelopment of Korešnica and the creation of brand-new suburbs.

Located in the slopes of Mount Mosor, the area will soon house hundreds of apartments, a preschool centre, a mall and a church that are meant for the city’s young families, researchers and war veterans.

Years of work behind the scenes

Over the past two years, Split’s local authorities, alongside a number of Croat ministries, including the Ministry of Croatian Veterans, the Ministry of Defense, the Ministry of Science and Education and others, have held over 20 meetings to discuss the planned development of the Korešnica region.

Now, finally, after years of searching and joint work, all interested parties and stakeholders have reached a decision on the design of Split’s new suburbs – created by architects prof. Hrvoje Njiric, Iskra Filipovic, Marko Gusic and Irma Smuc.

On the occasion, the mayor of Split Andro Krstulović Opara stated that “We have reached this point which is a real cause for celebration and the right place for the satisfaction of all who participated in this work.”

He further pointed to the fact that only through the collaborative efforts of all eight stakeholders – the city and the various ministries – can this project be brought to fruition. The land was granted to Split especially for the purpose of the construction of facilities that will house Croatia’s veterans and their families, young people and young researchers and scientists.

Work on the project is set to begin soon and will last for a period of 5 years while the funding for the project will be provided by national and local authorities.