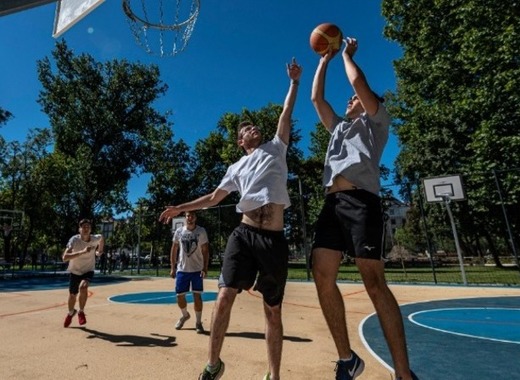 One of the most versatile sports centres in the Hungarian capital is open to the public from today, and most of its facilities can be used free of charge, MTI reported. The Városliget Sports Centre has been built on a 3,5-hectare area of City Park as part of the government’s Liget Budapest Project.

All of this - with the exception of two rental sports fields - can be used by anyone for free, Benedek Gyorgyevics, CEO of Városliget Zrt. which is responsible for the implementation of the Liget Budapest Project stressed during the opening ceremony. Special emphasis has been placed on ensuring that all new tracks, sports equipment and services can be used safely by people with reduced mobility or disabilities.

Gyorgyevics added that after the opening of the new sports complex, the second phase of the development of Városliget (City Park) will continue with more family-, child- and sports-friendly developments awaiting visitors from this autumn.

He also blamed the Metropolitan Municipality that its ban on further construction in the park had halted its green development. Now that the ban has been lifted by the Fides-controlled Parliament, the entire green area will be renewed and enriched with 60 deciduous trees and thousands of shrubs, Gyorgyevics announced.

The future of City Park (Városliget) has long been one of the apples of discord between Budapest’s opposition authorities and the Orbán government. Yesterday Csaba Horváth, the mayor of Budapest’ Zugló district, demanded that the central government shelve all further construction projects in the park and dismantle metal barriers around the sites in question. He specifically mentioned the planned National Gallery, the House of Innovation and the Városliget Theatre.

Horváth, group leader of the opposition Socialists in the General Assembly of Budapest, told a press conference that the government must respect the will of more than 80 percent of Budapest residents, as well as keep its own promise to not oppose decisions of the metropolitan council.

“We’ve acknowledged the presence of the already completed buildings and swallowed the fact,” Horváth said, quoted by MTI. He added however that maintaining the barriers once landscaping work was finished was not justified, unless they served “someone’s purpose to still consider the park a construction site”.

“The residents of Budapest deserve to have 200-year-old City Park, the capital’s oldest, maintained as a public park and not sold as a building site,” concluded Horváth.