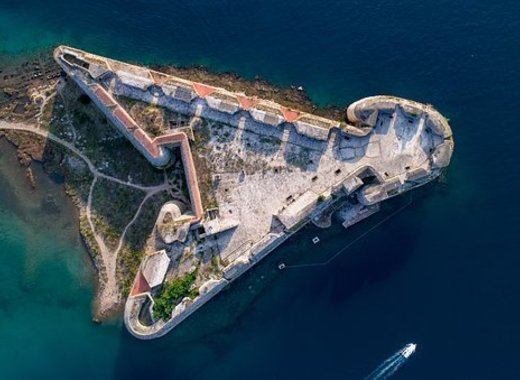 One of the top tourist spots and must-visit places of Šibenik - St. Nicholas Fortress, reopened to visitors after being closed for two years, announced the Municipality. The renovations' total cost amounted to 5 million kuna (675,000 euros). The works included repairs for the safety of the visitors, the dock for boats and the ramp at the main entrance.

The Fortress is part of the UNESCO World Heritage Site list since 2017, as part of “Venetian Works of Defence between 15th and 17th centuries: Stato da Terra – western Stato da mar”. The Fortress got its name from the Benedictine Monastery of St. Nicholas, which was situated on the island, but due to the construction of the fortress it was demolished. The Venetian captain Alojzije de Canal ordered to build a fort on an island of Ljuljevac on 30 April 1525. The fortress was designed and built by a famous Venetian architect. The fortress prevented Ottoman boats from reaching the port in the 16th century.

Today, the fortress is one of the most well-preserved examples of defensive architecture in Dalmatia. It is made out of bricks because this material was considered to be most resistant to cannonballs, while the foundations are made of stone.