Braving the coronavirus scare, more than 100 small to medium scale events will still go ahead from 13-17 March 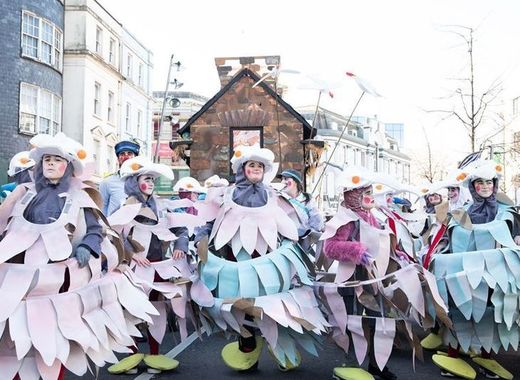 Saint Patrick, the primary patron saint of Ireland, who converted the island’s population to Christianity in the fifth century, would have humbly approved of the government’s decision. Yesterday PM Leo Varadkar said in a statement that his government is cancelling all St Patrick's Day parades on the advice of health officials.

He cited the festivities’ size, the mass gathering of local and international travelers, and the continued progression of coronavirus community transmission in some European countries as well as the emergence of a small number of infected persons in Ireland. The decision is in line with the government’s efforts to slow the spread of Covid-19 in the Republic of Ireland, where 24 cases have been confirmed so far.

It is feared that the cancellation of the five-day St. Patrick's Festival could deal a crushing blow to the local economy, as it attracts more than 500,000 revelers from around the world every year, according to Dublin City tourism department.

Small events to go ahead, government puts aid package together

However, the St. Patrick's Festival organisers said more than 100 small to medium scale events featuring music, theatre, talks and exhibitions will still go ahead from 13-17 March. To compensate for the expected losses, the Irish government is coming up with an aid package of over EUR 3 billion for sick pay, liquidity funding for businesses and support funding, PM Varadkar and Minister for Health Simon Harris announced.