It is a national holiday 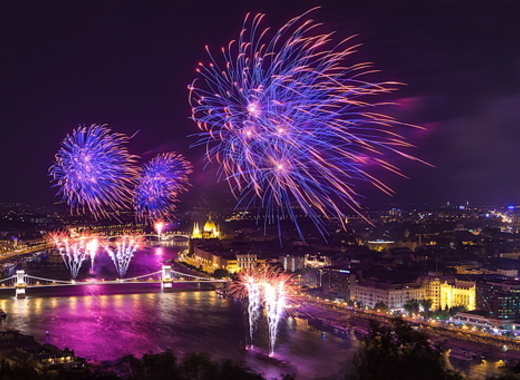 St. Stephen's Day is celebrated in Hungary on 20 August each year. It is also known as Foundation Day, Constitution Day and the 'Day Of The New Bread'. The highlight of the St. Stephen's Day celebration is a massive fireworks display on the bank of the Danube in the evening.

St. Stephen was the first king of Hungary and he laid the foundation of the state by converting the Magyar people to Christianity. After a serious military loss in 955 AD, Hungarian tribal leaders decided to abandon their nomadic existence. Stephen, the Grand Prince of the Hungarians, realised that conversion to Christianity would be a way of strengthening the idea of Hungarian nationhood. He received a crown from Pope Sylvester II becoming Hungary's first king in 1000 AD, ruling until his death on 15 August 1038. The Holy Crown has survived the centuries since and it is now Hungary's most precious treasure. Stephen became a saint on 20 August 1083. He became the patron saint of Hungary.