Standing out – Sweden’s approach to dealing with the coronavirus pandemic

Unlike most other countries, Sweden has not yet imposed heavily restrictive measures 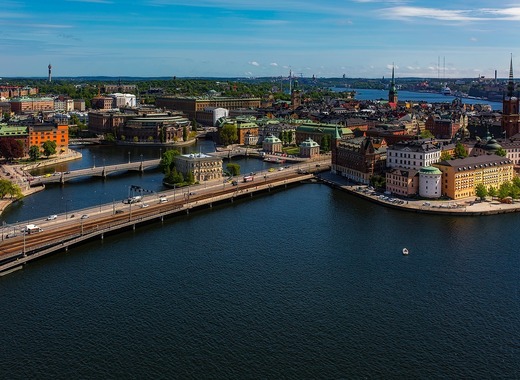 Over the past couple of weeks, Europe has gone silent. As countries imposed curfews, bans and restrictions on operations and citizen movement in order to slow down the spread of the coronavirus, life on the Continent changed drastically.

There is one exception, however, and that is Sweden. Authorities in the Nordic country stand alone with their freehanded approach to dealing with the crisis and have, at the time of writing of this article, barely imposed any restrictions on normal everyday life.

The role of political tradition

Despite the number of cases in Sweden soaring to more than 2,000 as of 25 March, authorities do not seem particularly concerned with how things are playing out – and neither do citizens. The only significant measure that has been imposed by the Swedish government has been a cap on the number of persons attending public gatherings -  at most 500 people can be at the same place at any given time.

The main reason for this apparent inaction is the decentralized nature of Swedish politics. The autonomy of government agencies is enshrined in the country’s constitution and the government is obliged to listen and adhere to their recommendations. In the current situation, the main body responsible for figuring out Sweden’s approach is the country’s Public Health Agency, whose members are providing guidelines to ministers and members of the government.

Members of the Agency believe that much of the Continent’s response has become highly politicized – in particular, when it comes to border closures. Citing experience from the 2009 swine flu, Swedish experts claim that the consensus back then was that such measures are absurd and would never work in cases of a pandemic as the disease is already present within countries' boundaries. Thus, they have refrained from issuing advice to the government on shutting down Sweden's borders.

The role of societal culture and upbringing

Another aspect of Sweden’s coronavirus response is the country’s entire social fabric. Public trust in governmental agencies is extremely high, with citizens believing that their politicians and experts are acting in the public interest.

Combined with the high levels of interpersonal trust that others will always act responsibly in cases of a crisis and trust in science and empirically tested methods, that has allowed life in Sweden to carry on as if pretty much nothing has happened. And it might be working.

Anecdotal evidence from news outlets suggests that Swedes are actively practising social distancing despite the lack of an enforceable policy by the central government – a clear example that the trust-based system (in science, in public authorities and in other citizens) on which society in the country has always functioned, still stands strong despite the crisis.

And while there has been an outcry from regular and social media, a majority of Swedish citizens still believe that the Public Health Agency’s approach is the right call – with the Agency ranking 2nd in terms of public trust, right after the country’s national health services.

But whether the trust-based approach will actually work in the end, still remains to be seen.