Starts today: the Annual Arts and Cultural festival of Limerick

Until the end of March Féile Luimnigh will promote and encourage creativity through Speech, drama, singing and music 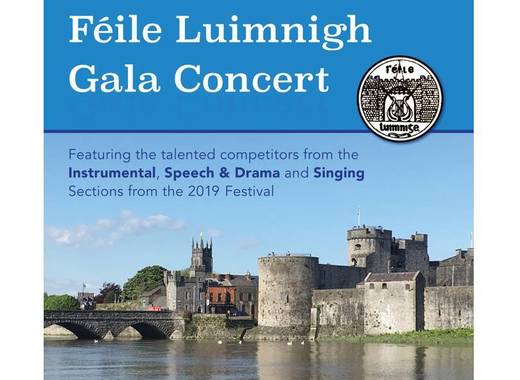 Féile Luimnigh is a very important traditional event for the Irish city of Limerick. This annual Arts and Cultural festival has the objective of promoting and encouraging creative effort and practise in the arts of Speech, Drama, Singing and Instrumental Music. Its origins date as far back as mid 20th century.

In order to fulfil the will of its founders in 1945 the artistic event also places special emphasis on the promotion of Ireland’s National Culture and language, this year by including Labhairt na Gaeilge Primary Schools Programme. As Limerick is getting a more culturally diverse city and county, local authorities have decided to celebrate that diversity through their shared love for the Arts.

What to expect? Here are the agenda headlines:

Do not miss the opportunity to see the talented competitors from the Instrumental, Speech & Drama and Singing during this year’s edition. Tickets can be purchased at the box office the same evening. The festival is supported by Limerick Arts Office and Limerick City and County Council.