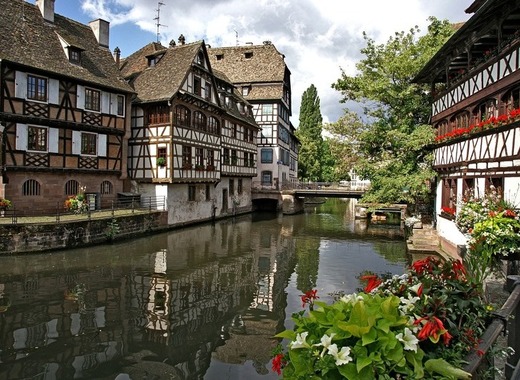 Strasbourg is now officially under a state of climate emergency, the authorities informed on Sunday. Adopting the declaration was one of the first commitments of the new municipal team, headed by Mayor Jeanne Barseghian. In this way, the city administration wants to pave the way for innovation and to meet the expectations of the youth and all the inhabitants who have realized that it is necessary to act quickly to mitigate the effects of climate change.

The next 6 years - marked by climate action

The declaration was adopted as soon as the new local government was sworn in on Sunday. It thus placed Strasbourg on a prestigious list in the company of cities and institutions having adopted the same vision for climate change, including London (since December 2018), Paris (since July 2019), Barcelona (since January 2020) and the European Parliament (since November 2019).

With this document, the mayor explained that she completes one of her electoral promises. She also said that she wants to see this as the founding act of her term, which will affect all decisions and policies in the next 6 years. Jeanne Barseghian was the first person to sign the declaration and appealed to all councillors and citizens to follow her example.

What does climate emergency mean for the local government?

By declaring a state of climate emergency, the new elected officials emphasize that they vow that all of the municipality's decisions, projects and activities will be taken in response to the climate, social and democratic challenges. This will evolve along several priority axes:

The City and Eurométropole of Strasbourg claim to have been pursuing a voluntary policy for sustainable development for the last 30 years. This was recognised by the European Commission which ranked Strasbourg among the three finalists for the European Green Capital 2021, together with Lille (France) and Lahti (Finland).