In the small settlement of Ungerbach, authorities approved the student-submitted plans for a new fire station 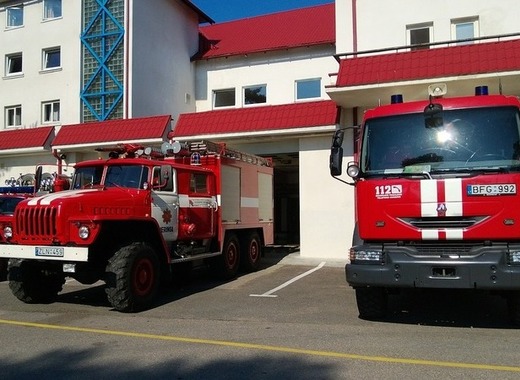 The best civil servants and elected politicians know when they’re out of their depth and attempt to delegate some of their decisions and planning to others. That is precisely what the local authorities from the small settlement of Ungerbach in the district of Wiener Neustadt, Austria have chosen to do after a couple of students from the College of Advanced Construction of the HTL in Pinkafeld submitted their proposal for bringing the local fire station up to modern standards.

As part of their graduation thesis, Ingo Gawron and Manuel Vollnhofer presented their plan for a new fire station. Their vision is for the new building to be made out entirely of timber and for it to be eventually used as some form of community centre – to bring the locals together through the organisation of festivals, events and to serve as a gathering point for local clubs. They also plan for a public toilet system to be a part of the new state of the art building.

The supervisor of their work on the project, Professor Benjamin Sasdi as well as the local fire brigade chief Walter Pernsteiner expressed their satisfaction with the work of the student duo.