Students in Bratislava to resume their protests

As part of the global initiative, students are again taking to the streets 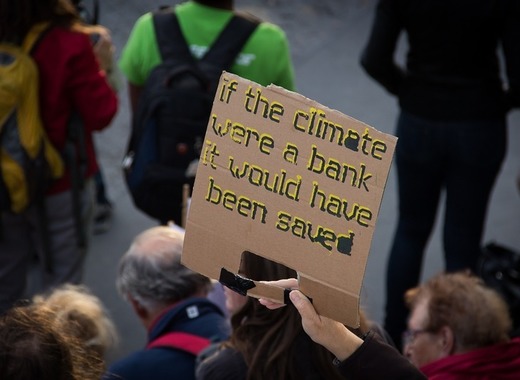 With the Easter holidays behind them, students in Slovakia are gearing up for another round of nation-wide protests demanding action against climate change. Students in Bratislava are yet again staging a walk-out as part of the Fridays for the Future initiative. On 26 April they are taking to the streets, with the goal of pushing the government into action on climate policy. The strike will be followed by a discussion at Comenius University and a ceremonial cycling event organised by Critical Mass. The day will end with a gathering at Slovak National Uprising Square.

The student walk-out and its goals are supported by the president of Slovakia Andrej Kiska. During discussions with students, topics of local and national significance were mentioned – including logging and coal-mining activities in the Upper Nitra region. The president echoed the concerns of the protesters, stating that the current generation is failing young people by inadequately preparing the planet for the future. Some of the initiative’s goals include lowering of carbon emissions, halt to financial support for coal mining and shut down of coal mines in the next 10 years.

The strike of course is not contained to Bratislava. It is a part of a world-wide initiative that aims to drive politicians everywhere around the globe to take action against climate change.