Students' rights to be protected by an ombudsman in Lublin 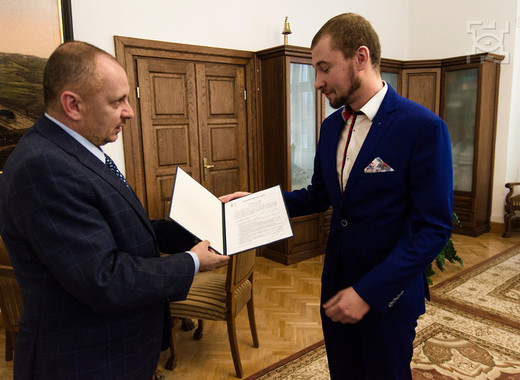 The role of the students` ombudsman is already popular in many Western universities and serves as one of the main links between students and the administrative body of the respective educational facility. The ombudsman`s tasks include, among others:

In early 2020, on January 30, the Mayor of Lublin Krzysztof Żuk appointed a students` ombudsman, Philip Unilowski. He was chairman of the Municipal Youth Council during its 12th and 13th terms, as well as a student affairs officer at the Lublin City Council in 2018. He is currently a student at John Paul II Catholic University.

The tasks of the new Ombudsman will include cooperating with Lublin schools and facilitating communication between pupils, local authorities and teachers, clarifying and promoting the rights of pupils, providing assistance to pupils in the event of a violation of these rights and representing the interests of children and young people before the authorities.

Among the main duties and rights of the Ombudsman is the ability to propose new rules or change old ones in the statutes of Lublin schools. This will be done in cooperation with the Committee for Education and Upbringing of the City Council of Lublin and the Youth Council of the City of Lublin.

The initiative is a good example of how the role of the Ombudsman should not be limited to the rights of citizens. It should also be extended to groups that may remain neglected in certain countries or because of their age or social role in society. The introduction of such a function in cities is expected to contribute to the development of civic awareness and education at an early age.