Every week in the leadup to Christmas, the city will be introducing a new measure that improves the conditions for cyclers 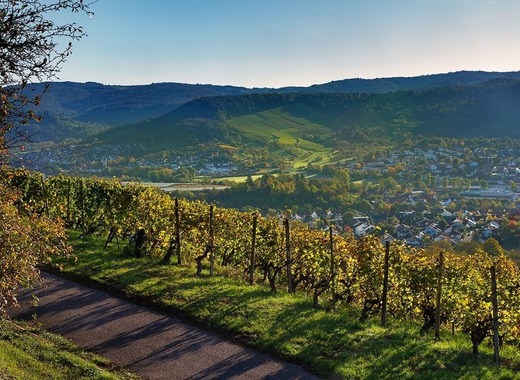 Cycling is great. And so is Christmas. And what better way to combine the two than by promoting the use of bikes by unveiling brand new actions, services or measures every week in the leadup to Christmas – during the traditional German Advent (or Adventszeit).

The holiday initiative kickstarted by the local government of Stuttgart carries the catchy name of #Radvent – combining the words Advent and the German word for bicycle (Rad, Fahrrad) and over the next few weeks, cyclers and citizens of the city will be seeing some new things popping up.

The first surprise for locals was unveiled today - 29 November when local authorities inaugurated a new bicycle repair station at Eberhardstraße. There, cyclers will find all they need for quick and minor repairs to their vehicles – including an assortment of tools and an air pump. And according to the city council of Stuttgart, this is only the beginning – citizens should be keeping their eyes peeled for new announcements in the next couple of weeks of #Radvent.

The Stuttgart local government has been a staunch supporter of cycling, not only by providing ever-improving conditions but also by promoting it among citizens.

The goal that the city has set for itself is for cycling to account for 20% of the total urban traffic. To achieve this goal, authorities are committed to continuously keep expanding the necessary infrastructure. Currently, there are a total of 195 km of cycling lanes in the city, 110 of which were built in the past 10 years and 243 km of one-way streets open to cyclers.

The city has also significantly increased its funding for the promotion of cycling over the past couple of years, with the total price amounting to around 7.4 million euros per year.