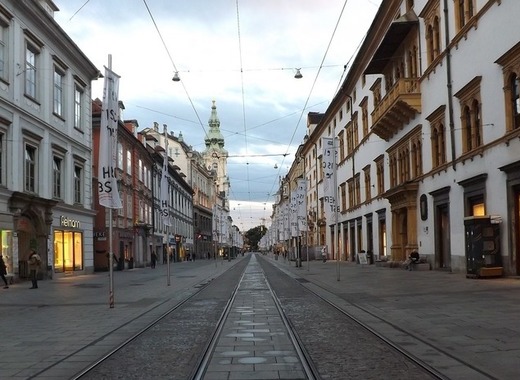 Sparsely populated regions of Styria have not been particularly attractive for internet providers in Austria. As a result, thousands of people in the country have been deprived of the opportunity to enjoy highspeed broadband connections – and they could have done nothing about it. This is about to change.

The regional government of the Austrian state of Styria has embarked on an ambitious journey of bringing highspeed internet to the remotest and smallest municipalities in the area. That’s why the government established its own company – Sbidi in order to take up the challenge. It has been establishing fiber optic links in municipalities in the region for a few months now and its efforts have so far been resoundingly successful.

As we reported in July, Saint Nikolai im Sausal was one of the first beneficiaries of the regional government’s project. The municipality was part of a trial run, alongside St. Martin in Sulmtal and St. Stefan ob Stainz. Despite some bumps along the road, the final result is clear – the initiative was a success and citizens in these three cities are now enjoying their highspeed connection.

Moving on from the trial phase, the regional government will be providing its internet providing services to another 9 municipalities - St. Marein bei Graz, Schwarzautal, St. Andrä-Höch, Kitzeck, Pirching, Tieschen, Hartl, Mitterdorf an der Raab and St. Kathrein am Hauenstein.

Work on these cities will be done over the course of the next year and will provide over 8000 households with highspeed broadband. According to Economic Affairs Councilor Barbara Eibinger-Miedl and Governor Hermann Schützenhöfer, the price tag attached to this initiative is 60 million euros. Yet it seems like both the government and locals agree that no price is too high when it comes to ensuring future prospects for citizens.