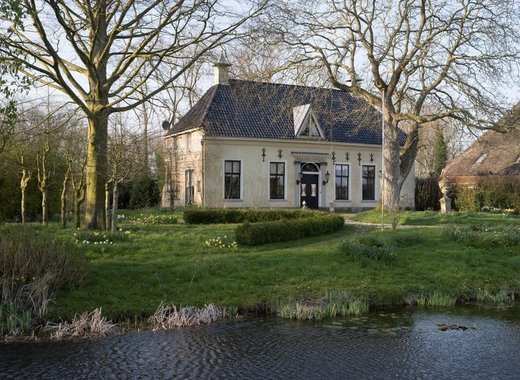 Friesland is a province in the Netherlands located in the northern part of the country. It is famous for its speed skaters and ice-skating tours as well as other winter activities. It is also known for its historical monuments many of which are included in Trip Advisor as places to visit.

The restoration and the concerns for the environment

At the end of 2019, it was announced that the Province of Friesland will give 1.9 million Euro to subsidize the restoration of 64 monuments that are currently in need of urgent repair works. This amount will further support the use and maintenance of buildings, including agricultural ones and windmills. Some of the buildings and monuments are of special interest to the province.

The restoration of these monuments goes hand in hand with the fears over how these works will affect the environment under the Nature Conservation Act. The main concern here is with regard to the animals that may be dislocated or disturbed in some way by the works. In case of envisaged damage to the environment, the owner of the monument or building should submit a special document for getting a permit.

This will supposedly lead to significant construction delays even though some of the buildings are in urgent need of repair and restoration.

However, some measures have been taken in order to facilitate the process. First of all, the applicants for a permit under the above-mentioned Act will not be charged a submission fee which amounts to approximately 1,000 Euro.

Second, a special leaflet was prepared to contain information regarding the Nature Protection Act and how the works can affect some of its stipulations. It is available on the province website as well as on the Information desk in the Province's building. The owners of the different monuments received it alongside the schedule of the works.

The most effective way of sharing concerns and coming up with an action plan on how to restore the monuments while preserving the nature are the regular meetings being organized between the Province authorities, environmental organizations and the owners of the monuments. This gives the possibility to devise solutions to avoid delays in the works that may be crucial for some of the buildings.