An innovative initiative to promote circular economy principles in construction 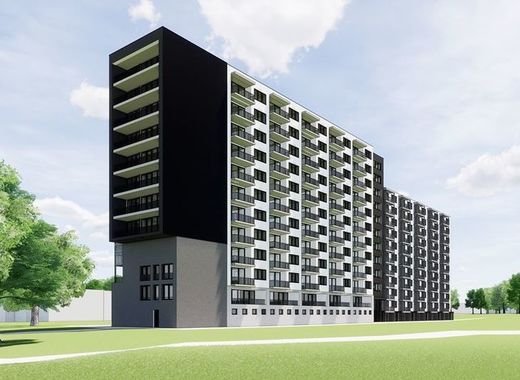 The SUPERLOCAL initiative is an innovative idea of how to reuse the waste from building demolition to construct new homes.

Under SUPERLOCAL there is a plan to build about 130 new homes in Limburg, the Netherlands, in a region that needs to be redeveloped.

In Bleijerheide Kerkrade, for example, there are high blocks of flats built in the 1960s that no longer meet the requirements of modern construction or are not energy efficient. Therefore, it was decided to demolish them.

At the same time, however, these are places where people have lived for years, made friendships. They are accustomed to the view, surroundings and the place itself. Therefore, it would be a pity to lose this sense of community.

The aim is to build new homes in the same place, but these homes should meet certain requirements.

The first principle is for new buildings to be energy efficient. Secondly, they must meet the requirements of the circular economy and sustainable development, using materials from the demolished buildings. This will reduce a large part of the harmful emissions that are released into the atmosphere as a result of the construction process and the production of materials for it.

The project had gone a long way before the actual implementation began. The idea was born in 2014. Over the next three years, plans were made, partners were contacted, and agreements were signed. At the same time, many studies were conducted as well as interviews with people to seek their opinions. Other studies regarding the so-called “closed water cycle” were also conducted.

It is expected that in 2020, the new apartments will be completed. Their water supply will be via a closed water cycle. They will also have a dedicated platform for shared travel as well as electric bicycles available.

The knowledge gained and the results achieved can serve as a good basis for other such projects not only in the Netherlands but also in other European countries. This very interesting initiative provides a good example of how a circular economy, environmental protection, good water management and energy efficiency can all successfully form part of one single project.