A new project for a better and sustainable transport system 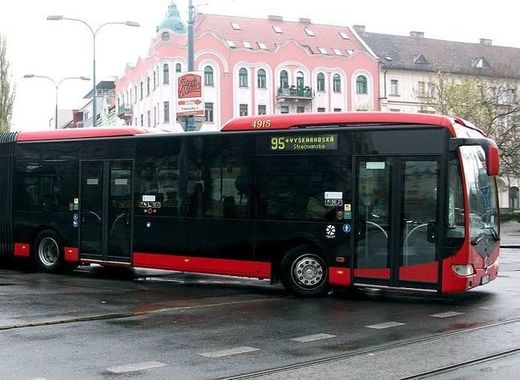 One of the main goals of EU transport policy is for a safe, sustainable and connected transport that serves the integration principle laid in the founding treaties. The transport sector is also one of the main industries of the European economy adding to 9% of the GDP and creating more than 10 million jobs.

That is why it is of such an importance to develop a smart, sustainable transport that takes into account the economic, social and environmental aspects of the integration and development within the EU.

The situation in the Slovak Republic

The Slovak Ministry of Transport, Construction and Regional Development together with the European Union under OP “Integrational infrastructure” 2014-2020 have developed a strategic plan for transport development up to 2030.

The document was prepared after an extensive analysis of the sector and identification of the key areas that need improvement in terms of sustainability.

One of the major issues that are imbedded into the strategic plan is the smaller ratio of public transport in Slovakia compared to that of private cars. In order to develop a more sustainable and eco-friendly transport system, the percentage of public transport use needs to be enlarged.

This is to be done through the implementation of 5 strategic global objectives and measured through a set of performance indicators, including number of passengers, fatalities, and traffic, as stated in the Strategic Transport Development Plan of the Slovak Republic up to 2030.

Going towards a sustainable transport in Slovakia has not been and still isn`t easy. Despite having political will and prerequisites for its development, there used to be serious problems in terms of funding. Most projects depended on EU funding and it is still the case.

One of the main issues to be overcome is the social factor. Mobility is more and more important for the growing urban population. The main challenge before any project regarding sustainable development concerns raising awareness among people of the advantages of public transport use.

In this respect, the capital of Slovakia, Bratislava, initiates a project on urban mobility worth 246 million euros. 50 million of this will be in the form of a structured loan from the European Investment Bank. (EIB). The agreement was signed in the end of 2019.

The main activities under the initiative will include:

The main requirements to any of the sub-projects of the said initiative include environmental protection under different EU Directives (EIA, Natura 2000, SEA, etc.).