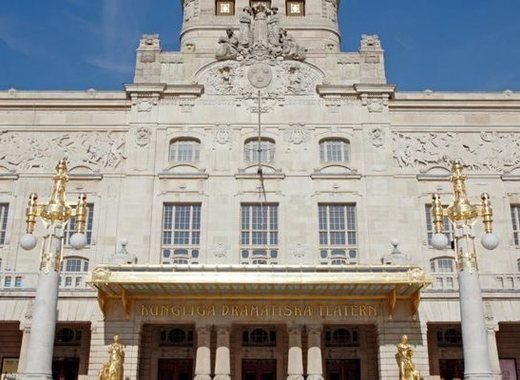 Reacting to a government request, Sweden's Public Health Agency has recommended a new limit of 500 people at certain seated events, on condition that all spectators sit at least one metre apart, reported Radio Sweden. The current ceiling of attendance was 50 people.

Last week the government asked the agency to propose a new seating limit to let cultural and sporting events go ahead with attendance beyond the 50 person maximum set in March to curb the spread of the novel coronavirus. With the 50 person limit in place, theatres and other entertainment venues could not generate profit and have been forced to close.

Sweden's state epidemiologist Anders Tegnell said during Thursday's public health agency briefing the 500 person limit will apply only to indoor or outdoor venues with numbered seating. The effects of the updated regulation must be closely monitored, and depending on the situation, the limit may be raised further, he added.

How Sweden is weathering the storm

Unlike most EU nations, Sweden, with a population of just over  10 million, has never imposed strict lockdowns, keeping cafes, bars and restaurants, junior schools and most businesses open while encouraging social distancing. On the other hand, public events of more than 50 people have been banned, as well as visits to elderly care homes – prime Covid-19 hotspots.

Tegnell has reaped much criticism for his agency’s lenient approach to the epidemic. Lately, he acknowledged that exposing the elderly to the coronavirus due to lax measures at care homes had been a tragic mistake but insisted that closing society and the economy for prolonged periods would do more harm than good.

Ironically, the economy of Finland, a country which has imposed stringent restrictions, is reported to fare much better than the Swedish economy post-lockdown. And, according to the latest statistics, Sweden’s Covid-19 death toll stands at 5 820 since the start of the outbreak, in stark contrast to the performance of the country’s Nordic neighbours.