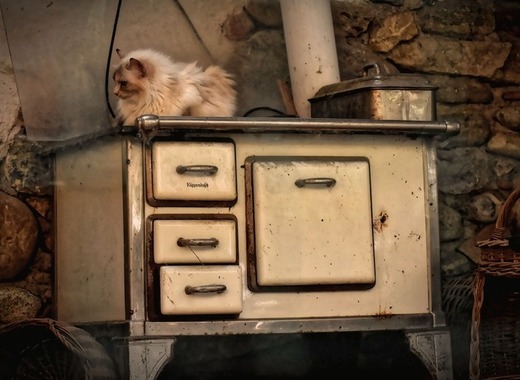 The Swedish Environmental Protection Agency (SEPA) has proposed phasing out old wood burning stoves arguing that they cause dangerous pollution, Radio Sweden reported. SEPA says that, according to conservative estimates, around 1000 Swedes die early each year because of pollution from this type of heating. The Swedish Asthma and Allergy Association has confirmed that there is a serious problem.

To residents of some Eastern European countries the Swedish concern may seem a bit over the top as Sweden has one of the lowest levels of air pollution in Europe. Nevertheless, there are about 7600 premature deaths in the country annually due to exposure to air pollutants, primarily nitrogen dioxide and particulate matter, according to a 2018 study by the Swedish Environmental Research Institute and Umeå University. Each death comes at an annual cost to society of at least SEK 56 billion (€ 5.3 billion).

Around 170,000 housholds in Sweden are warmed by wood burning stoves. To mitigate the financial burden of the transition to more eco-friendly energy sources, SEPA has proposed that small settlements of under 200 inhabitants can keep their wood burning stoves. Modern certified stoves with lower emissions will be exempt from the eventual ban.

A gas furnace typically emits as much fine particulate matter over the entire heating season as an old wood burning stove does for 8 hours, a new certified stove for 24 hours and a pellet stove for 72 hours. This statistic includes only direct emissions. Residual ash that is discarded in the garbage bin is also a potent pollutant but is hard to measure accurately.

Sweden's efforts to comply with the Paris Agreement led to a new climate policy framework, adopted in 2017. The burning of coal for heat and power in the Nordic country will stop in 2022. The long-term target is achieving zero net greenhouse gas emissions by 2045 at the latest.

A 2018 European Commission report found that solid fuel combustion in  households, while constituting about  2.7% of total energy consumption in the EU‐28,  contributes more than 45% to total emissions of fine particulate matter, i.e., three times more than road transport.

Last December EU countries reached a deal, sweetened by €100 billion in public and private funds, on making the bloc climate neutral by 2050. The financial commitment by Brussels is expected to help the fossil-fuel reliant EU nations make the transition to lower emissions in a socially acceptable way.