Sweden recycles no plastic at all from scrapped cars 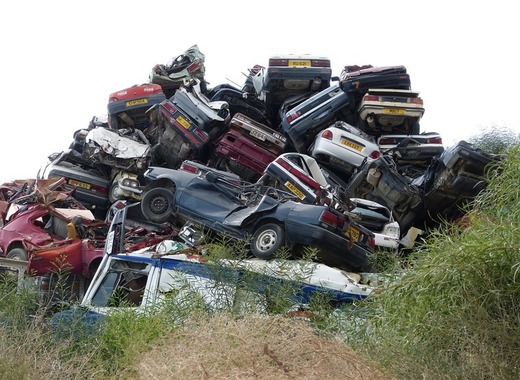 It may come as a surprise that Sweden, the world recycling champion with nearly achieved ‘zero waste’ levels, hardly recycles any plastic from scrapped cars.

But this is exactly what Radio Sweden has found. This setback can be attributed to the difficulty in finding buyers for the plastic components. Mattias Bergman, CEO of the car industry's trade organisation Car Sweden, recently told the radio that the process is simply not profitable as there is no market for plastics from disused cars.

Instead, the plastic is sold along with other combustible material to be burnt up at incineration plants. That's seen as more profitable but it also has an environmental impact despite innovations in the process.

Under Sweden’s waste-to-energy programme, burning waste supplies heat to more than one million homes in the country. The smoke from waste burnt at incineration plants is filtered through dry filters and water. The remaining ashes are sifted through to extract metals that are recycled again, and the residue is used in road construction. In the end, just one percent of the ‘fuel’ is left and then it is disposed off in dumps.

But since half of all household waste in Sweden is burnt to produce energy, the process cannot be considered entirely friendly to the environment.

There may be a viable alternative to burning plastic from scrapped cars for heating, however. The Belgian car recycling organisation Febelauto, contacted by Radio Sweden, said that 60 percent of plastic in scrapped cars in Belgium is reused to make new products.

Sweden has no match when it comes to recycling. Thanks to advanced collection techniques and the involvement of its environmentally sensitive population, the country recycles 99 percent of all locally-produced waste, with the remaining one percent going to landfills. But with ‘zero waste’ levels almost reached Sweden now has to import rubbish from other European countries.