Sweden sees the New Year in under tougher fireworks rules 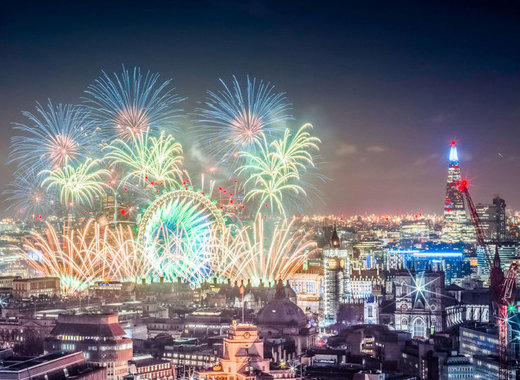 With hours left to ring the New Year in, you may be wondering how European cities are faring regarding the crash-boom-bang part of the celebration. Truly, rules restricting or altogether banning the use of firework displays and firecrackers have been imposed at many places this year, amidst growing awareness that they cause extensive air pollution and scare the wits out of animals (no one talks about ill or faint-hearted people).

Sweden, for example, will celebrate New Year for the first time under tightened rules on fireworks. The change which took effect in June 2019 requires obtaining a permit and undergoing mandatory training in order to use the crackling rockets. Apart from addressing environmental concerns, the measure aims to limit injuries caused by incorrect handling of the spectacular explosive devices.

Generally, Stockholm residents approached by Radio Sweden were positive about the tougher rules, but some were skeptical about the number of revelers that would succumb to safety training.

Tougher regulations don’t mean that New Year celebrations in Stockholm will be as spirited as a funeral party. The city government has granted free entry to a large area comprising the entire Norrbro and Gustav Adolfs plaza where visitors can enjoy music fireworks with the castle serving as a backdrop. The show starts at midnight and the music will range from classical to house, pop and rock. Half an hour prior to the event, background music will be played and the audience area will be illuminated.

Fireworks will be fired from Slottskajen. This will involve less pyrotechnics than previous years and will have considerably lower noise levels, thus creating a more sustainable celebration for people, animals and the environment, says Terese Bonnevier from the City of Stockholm cultural department.

According to the European Best Destinations website, the climax of the New Year festivities is a live broadcast from the Skansen open-air museum in Stockholm, with chiming bells and solemn declamation of a New Year’s verse by British poet Lord Alfred Tennyson, no kidding!

On New Year's Day, traditional New Year concerts are held at the Stadshusorgeln in the Blue Hall. This year’s free ticketed events (two concerts with the same repertoire at 14.00 and at 16.00) will feature the acclaimed organist Gunnar Idenstam.