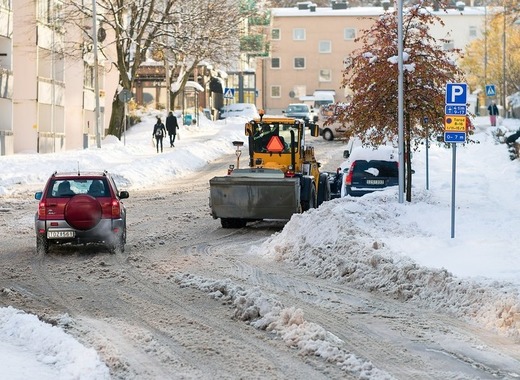 That represents an increase of 50 percent compared to 2014.

The public broadcaster has contacted 311 local and regional councils but some of them were not able to state their exact parking fee revenue, so the actual sum may even be higher.

It appears that most municipalities do not charge for parking at all - only 89 of the respondents said they have such fees in place.

A third of the money from parking charges - 804 million kronor (76,16 million euro) -  went into the budget of Stockholm City, the country’s largest metropolis (estimated population of 1.4 million in its urban area only).

Daniel Helldén, a Green Party councillor with responsibility for traffic in Stockholm, acquiesced that this is a lot of money, but went on to say that the purpose is to regulate traffic.

However, some residents approached by the Radio have complained about the parking charges that have been introduced in suburbs. According to local people this is just a way of making money for the councils.

30 493 passenger cars were newly registered in October 2019, a 26 percent rise from the same month last year, as indicated by Transport Analysis’ monthly official statistics. This shows that private cars continue being a vehicle of choice for the Swedes despite the advances in public transport.

Sweden imposes very high fines for parking violations, but the rules are clear.

Most places where you are allowed to park on the street have signs at the entrance to each neighborhood, so pay attention to them. Most Swedish cities operate both metered on-street parking and timed ticket machines between 08.00-18.00 hours. Street parking meters charge by the hour.

In pedestrian or mixed streets you can only park in the marked places but for no longer than 24 hours in the same place on weekdays. Otherwise, parking is usually done on the right hand side of the road but only in the direction of street traffic.

Parking is prohibited at the door of buildings, next to containers or in double row. You can not park or stop less than 10 meters from crossings, corners, zebra crossings, bicycle lanes intersections, pedestrian crossings, etc. You must be careful while parking at night, especially in snowfalls, to ensure that you do not park on a road that is going to be cleaned.