Szeged wants to become the greenest city of Hungary 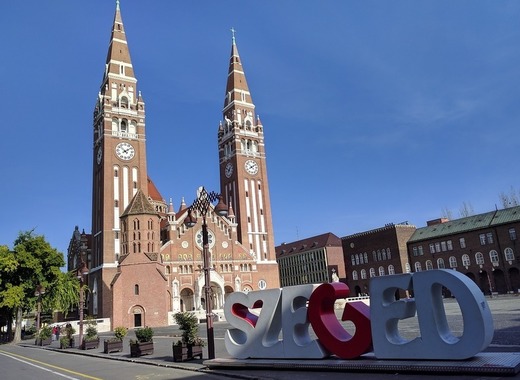 Szeged has set the goal of becoming the greenest city in Hungary with the purest air and the healthiest people, according to Mayor László Botka. He is convinced that the development of the city is inseparable from protecting the environment. Which is why Szeged has already implemented several measures towards greener energy – such as isolating and providing solar panels for buildings, building a new geothermal district heating system and recycling waste.

The third largest city in Hungary has been at the forefront of environmental programs since the turn of the millennium. For the first decade alone two-thirds of the panel buildings have been renovated to reduce energy consumption.  What is more, the families of Szeged received more than HUF 5 billion support from the local government and HUF 6 billion from the state for energy modernisation for this period.

Furthermore, tens of billions are spent on modernisation of public transport, which is already over fifty percent electric, thanks to trams and trolleys, estimates Zoltán Majó-Petri, Managing Director of SZKT. The share of cyclists has increased fourfold in the past two decades, supported by stimulating campaigns and improved infrastructure.

Again, thanks to European funding, the Green City programme has renewed the park of Újszeged, significantly expanding its lawn area. With new trees planted and a whole new forest in the outskirts of Szőreg, the local authorities have no plans to stop there.

Then, a new facility for treating municipal waste is expected to be built by the end of 2020, which shall reduce the environmental impact of landfilling and enable improved reuse of waste for raw materials. This technology is expected to be capable of processing 30 tons of waste per hour or 70,000 annually, according to Gabriella Farkas Koltainé, Managing Director of Szeged Waste Management Nkft.

Additionally, when it comes to green energy, Szeged is also in a good position: it has the ability to provide both geothermal and solar energy, so the attention of local authorities is also focused on these renewable energy sources. They use solar energy for the electrical supply of the mechanical equipment. However, the main development direction is expected to be thermal energy. In 2017 and 2018 ten geothermal project plans received EU support in the city. One of these is a direct investment project, funded by H2020 which previews new, 1,700–2,000-meter deep extraction and re-injection thermal water wells in the North, Tarja, Rókus, Downtown, Upper Town, Makkosház and Odessa districts, with an average of 80 cubic meters per hour and 90 degrees of thermal water. As a result of similar projects, nearly 15 million cubic meters of burnt natural gas each year will be replaced by geothermal energy, thereby reducing greenhouse gas emissions.

As a result of the development, the share of renewable energy in the respective heating circuits will be about seventy percent, and in the case of district heating in Szeged, fifty percent. This is considered the largest geothermal district heating project in Central Europe.