Tallinn plans to switch completely to electric mobility by 2035 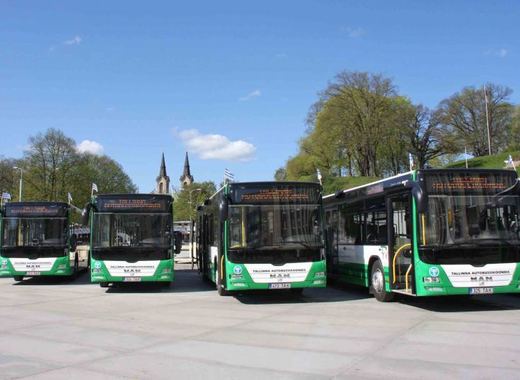 The Tallinn public transport company Tallinna Linnatranspordi AS (TLT) is planning to transfer fully to electric transport by 2035. The plan includes the abandon not only of the internal combustion engine buses but also of the trolleybus network, as well se addition to some routes and new routes itself. Therefor the company will need to buy approximately 650 to 700 electric buses and abandoning of trolleybuses and natural gas buses.

Public transport company Tallinna Linnatranspordi (TLT) and Estonian state-owned energy group Eesti Energia recently signed a cooperation agreement on the testing of electric buses in Tallinn, in order to study the best solution for the charging of the vehicles. According to the agreement, ten electric buses will be tested on up to two bus routes in Tallinn. During the pilot project, Eesti Energia will develop a smart charging solution, which will be able to manage charging according to electricity price and loads.