In cooperation with companies, research institutions, municipalities and residents 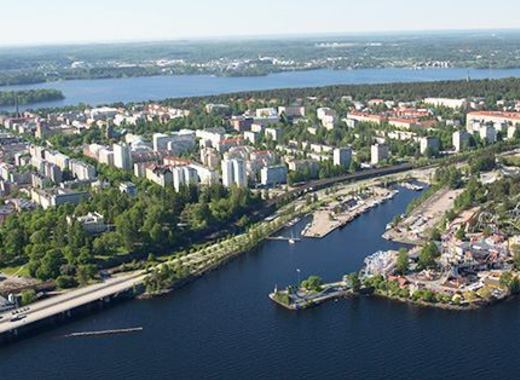 The Tampere region is creating innovative, digital and sustainable smart city solutions together with companies, research institutions, other municipalities and residents. Smart Tampere is the strategic development programme of the Finnish city for 2017-2021. The aim is to build a sustainable and smart Tampere region in which housing, living and mobility are carbon neutral and in which services are user-oriented and they work digitally and flexible. The initiative also boosts Tampere as an internationally recognized hub of expertise, an attractive place for students, companies and new business initiatives.

The programme consists of 3 elements, whose implementation is led by the City of Tampere and the Tampere region economic development agency Business Tampere:

Find out more about Tampere here