Tartu Song Festival was recognized as cultural event of the year 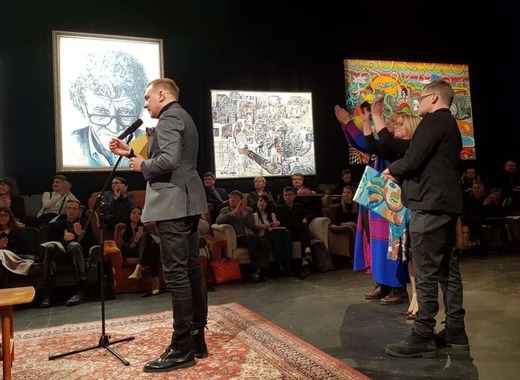 Tartu, Estonia’s second largest city, announced the winners of 2019 Tartu Kultuurikandja (Culture Carrier) awards at a ceremony on 28 February. The Tartu Song Festival, which celebrated its 150th anniversary, was recognized for its educational and artistic contribution to the city, winning the cultural event of the year award.

The Special Culture Award of the Year went to concert promoter Live Nation Estonia for organizing the Metallica concert on July 18, 2019 at Raadi Airport. The University of Tartu Museum was recognized as the Cultural Organization of the Year for its outstanding exhibition activities in 2019. Documentary filmmaker Vallo Toomla was named Creator of the Year.

The Cultural Organizer of the Year Award went to Kadri Asmer's "National University 100" for coordinating and organizing jubilee events. Estonian pedagogue Krista Piirimäe received the title of Cultural Reflector of the Year for her long-term reflection on Tartu art life and her work “Art life by the River Emajõgi 1917-2017”.

The Tartu 2024 Team was distinguished with Newcomer of the Year award for its successful contribution to the designation of Tartu and the whole of South-Estonia as 2024 European Capital of Culture. Shipping giant Tallink Grupp was recornized as Culture-Friendly Company of the Year for its permanent support for the Vanemuine Theater.

Commitment to prepare for the 2024 European Capital of Culture

The Mayor of Tartu, Urmas Klaas, presented winners with special diplomas together with works of art by acclaimed Estonian artists. The honorary title of culture carrier is accompanied by a cash prize of EUR 1000 this year.

"In the years to come, we must focus on preparing for the European Capital of Culture - this requires a great desire shared by all of us and a commitment from everyone," said Klaas in his speech, quoted by the Tartu City website.