Tartu brings e-bikes back to the streets 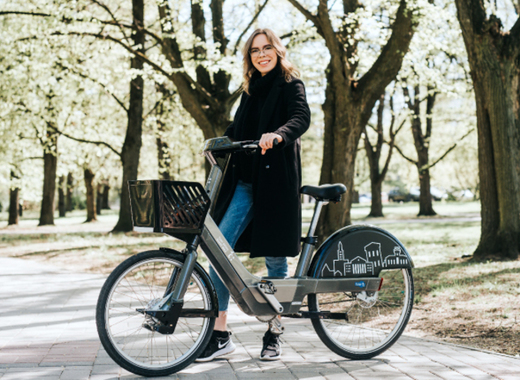 The electric bicycles of the Tartu bike sharing circuit, which were put to “winter sleep” last November, will be brought back to the streets of Estonia’s second largest city on April 27, announced the local government.

According to Deputy Mayor Raimond Tamm, the weather will allow electric bicycles to be used again and this will help disperse traffic in the city. “Cycling poses a lower risk of infection compared to the use of public transport, and therefore it offers a good alternative to urban mobility in today's coronavirus crisis. In an emergency situation, it is of course important to move around as little as possible and only then make a choice in favor of one or another mode of movement,” said Tamm, quoted by the municipal website.

Tamm emphasized that all users of the bicycle sharing service must nevertheless comply with the rules of the emergency, keeping a distance from other road users and observing hygiene requirements when wearing gloves. The bicycle wheels are disinfected daily in both the car parks and the workshop, he informed.

Throughout the winter, 250 conventional bicycles equipped with winter tyres have been in use, and next week 500 electric bicycles will be added to the fleet. There are 69 bicycle parking lots across the city of Tartu, which are equipped with information boards.

Tartu Smart Bikes have travelled 1.5 million km since they started rolling in the city last June. The bike-sharing system proved such a success that residents voted it the most important achievement of 2019 at the Tartu Deed of the Year competition, organized jointly by Tartu City Government and Tartu Postimees newspaper.

The package, proposed by the Ministry of Economic Affairs and Communications, KredEx Foundation and Enterprise Estonia, envisages the cluster of Estonian islands and Ida-Viru county to receive guaranteed EUR 1 million each from the overall recovery package of EUR 25 million even before submitting any applications.

According to the appellants, this decision divides Estonia as a tourist destination into different regions, putting the abovementioned regions in an unfairly advantageous position compared to the tourism companies operating elsewhere in the country.

"If we want to build a functioning tourism sector in Estonia, state support is very important and should be distributed equally," Tartu Mayor Urmas Klaas commented on the city website. The city relies heavily on external support as it prepares for its tenure of European Capital of Culture in 2024.