Tartu buses are running on biomethane this year 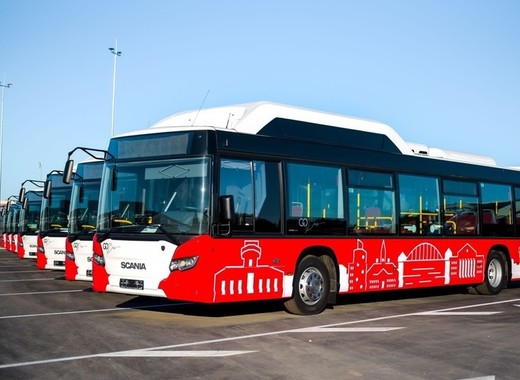 From the start of 2020, buses in Tartu have been biomethane- powered, making Estonia’s second largest city one of a few in Europe where the entire public transport system has been converted to run entirely on renewable fuel.

Biomethane, also known as green gas, is produced from biogas. Biogas is a mixture of gases, mainly methane and carbon dioxide, resulting from fermentation processes that are all around us. Significantly, biogas can be obtained from manure, agricultural and green waste, landfills, food leftovers, sewage and factory waste. Biomethane is more environment- friendly and more stable in the long term than imported fuels. Its use not only helps to reduce pollutant emissions in the transport sector, but also improves Estonia's energy security, said Deputy Mayor of Tartu Raimond Tamm.

“The ultimate goal of Tartu is to reduce the environmental impact of transport and the introduction of biomethane will allow us to make a big leap in this direction. A clean, human-friendly and sustainable urban environment has been a priority in Tartu for decades and will continue to be today,” reiterated Tamm on the city website.

Aivo Adamson, Chairman of the Management Board of AS Alexela, stressed that biomethane has no better alternative in the transport sector when it comes to environmental protection.  What makes this renewable fuel so special is that it is produced locally in Estonia. This fact, metaphorically, will hit three birds with one stone: reduce the volume of imported liquid fuels, keep jobs in Estonia and support rural areas.

Plans are underway for launching biomethane production in the Ilmatsalu plant this summer, with almost all the output to be consumed by Tartu city buses. This is a good example of how the recycling of regional bio-waste enables the development of environmentally friendly services in the same area and the creation of green jobs.

The introduction of biomethane in Tartu city buses is supported by the Environmental Investment Center (EIC) from the European Union Cohesion Fund with approximately EUR 2.2 million.