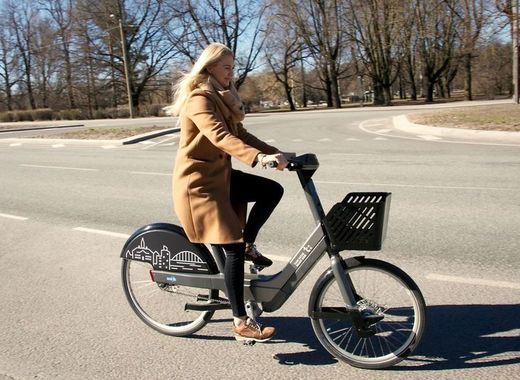 As TheMayor.EU has already informed, on 27 April the electric bicycles of the Tartu bike sharing circuit were brought out of their winter depot and back to the streets of Estonia’s second largest city. One week of resumed operation was enough for interest in the service to soar so high that the City of Tartu decided to offer Tartu Smart Bike Share users the option of purchasing a one-hour ticket. The ticket which costs EUR 2 will go on sale in the second half of May.

The limited time option has been created especially for new and occasional users, who would first prefer to test a bicycle and then decide whether to purchase a longer season ticket or a bus season ticket. The latter also allows use of Tartu Smart Bike Share.

In terms of price, buying a one-hour ticket is tantamount to purchasing an innercity bus ticket directly from the driver, the municipality assures. The ticket is valid from the moment of purchase and bicycles can be rented within one hour.

Cyclists who would overindulge in their tours should not unduly worry for their purse as each additional hour of use will bring a surcharge of just EUR 1. However, they can keep their bicycle for a maximum of 5 hours, after which they will incur a late fee of EUR 80. Understandably, prices for regular users are far more lucrative. A Tartu Smart Bike Share daily membership costs EUR 5, while a weekly membership is EUR 10, and an annual membership - EUR 30.

500 e-bikes gradually added to the circuit

As part of Tartu Smart Bike Share, 500 electric bikes will be gradually added to the existing fleet of 250 standard bicycles. Across the city there are 69 bicycle parking lots. They are equipped with information boards containing instructions on using the vehicles with a focus on the emergency regulations brought about by the novel coronavirus.

Even though cycling poses a lower risk of infection compared to the use of public transport, cyclists are advised to keep a distance from other road users and observe hygienic requirements. The bicycle wheels are disinfected daily in both the parking lots and the workshop, the municipality assures.

Tartu Smart Bikes have traveled 1.5 million km since they started rolling in the city last June. The bike sharing system proved such a success that residents voted it the most important achievement of 2019 at the Tartu Deed of the Year competition, organized jointly by Tartu City Government and Tartu Postimees newspaper.