Residents voted the sharing system the most important deed of 2019 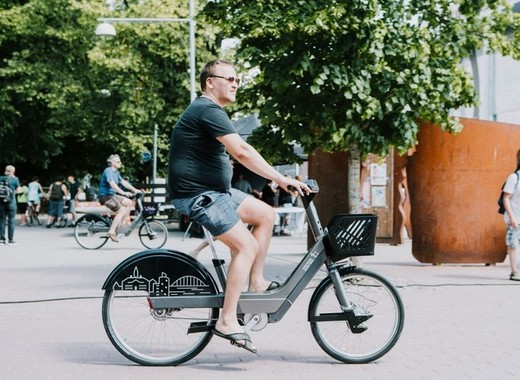 In addition to creating car parks, Tamm said the goal is to increase the number of e-bicycles in circulation, but could not provide exact figures of how many new bikes will join the fleet.

The Deputy Mayor emphasized that 2019 was remarkable for the large number of users of the smart bike sharing system and that the new parking lots are expected to make cycling more accessible to people.

"Providing people with new urban opportunities from the immediate neighborhoods of the city is certainly important for us and will also help to prevent this negative impact of urban sprawl, and of course what is happening here within the traditional city is important for us," Tamm said.

Tartu Smart Bikes have traveled 1.5 million km since they started rolling in the city last June. Last year, around €700,000 was spent on maintaining the circulation and the wheelsets.

The bike sharing system proved such a success that residents voted it the most important achievement of the ending year at the traditional competition Tartu Deed of the Year, organized jointly by Tartu City Government and Tartu Postimees newspaper.

Electric bikes are currently on ‘winter vacation’, despite the unusually warm weather in December and January, and could return to the streets in about a month, Tamm said. The main reasons are that they lack winter tires and night-to-day temperature alternations cause bike pedals to become crooked. Nevertheless, some of the e-bikes may stay in circulation during the next winter season, outfitted with winter tires, suggested the Deputy Mayor.